MOVIE REVIEW: The Sum of its Stars: ‘The Incredibles 2’ is Fast, Powerful, Flexible, Emotive and Unforgettably Fun

It feels needless to say that after more than a decade of anticipation, the grown-ups are just as excited to see the return of The Incredibles as all you wee whippersnappers.

The story of Brad Bird’s The Incredibles 2 opens on the same day its predecessor ended, picking up with perhaps the most unexpected storyline, that of Tony Rydinger. We might not have known that Violet’s love interest would be so important, but his response to The Underminer happens to set in motion the events which shape the film. Sure, kicking off with a largely forgotten character is a surprise, but it is an undoubtedly bold move which laid down the law – The Incredibles 2 is far from your typical action sequel.

Feeling that not a day has gone by since our first introduction to this family of firecrackers, we are reminded that superheroes are outlawed and fighting for recognition. In an attempt to pursue the legalisation of their kind, The Incredibles along with a whole host of new supers face down a new nemesis – the Screenslaver. Taking the form of an ominous, masked being using screens to hypnotise the population, the Screenslaver is an unusually nihilistic adversary for what is supposed to be a children’s film.

However, it is far from being a gimmicky and messy comment on today’s fixation with all things backlit. Indeed, orienting the film around a slapdash and wholehearted criticism of the Candy Crush-generation would be an easy reach to make. Instead, rather than screaming that it is an unhealthy obsession, this story simply alludes to the reliance on screens, cleverly relating it to the characters’ reliance on supers.

What is immediately striking and impressive in equal measure, is the look of the film. Naturally drawing swift comparisons with the original, the leaps forward made in the clarity and detail of the animation are astounding. Mastering the muted pastels of its time frame of the 1960s, The Incredibles 2 also cuts through with sharp bursts of colour to suit the more modern elements of the film by featuring shiny jet black and fire engine red palettes.

The imaginative design is another highlight. Just as the first installment set a stylistic precedent by immersing audiences in the idyllic environment of Syndrome’s island, this time the Parrs find themselves in a tricked out house courtesy of new employment. The shiny, retrofuturist mansion makes the imagination run wild, featuring floating furniture and an indoor waterfall, just to name of few of the insane amenities.

Now I couldn’t possibly wax lyrical about this film without mentioning the delightful little short which opened for it. Bao, in true Pixar style, perfectly balances the adorable and the emotional. The short follows the tale of a mother and her estranged son who are reunited over their fond memories of eating donuts together on the bus. Demonstrating how tiny traditions and daily routines can ground people after years of distance, Bao feels like a memory of your own, relatable to anyone who has felt the bittersweet struggle of flying the nest.

This short turned out to be an unexpected precursor to the main event, mirroring similar themes of familial relations and strains. And whilst the simple joys of The Incredibles 2 can be found in nostalgia, old faces like Frozone and Honey still make an appearance, as well as the ever incomparable Edna Mode. Its dedication to character development is the true victory and heartwarming charm of The Incredibles franchise.

We see Helen take centre stage as she moves back into the workplace, along with the responsibilities which are left to a struggling Bob. We see Violet traverse the world of dating. We see Jack-Jack find his feet, to become one of the most valuable and hilarious members of the supergroup.

Not shying away from real-world strains, the Parrs might operate in a super-setting but they go through all of the same difficulties as every family. It soothes our souls by showing that no amount of superpowers can make the trials of everyday society any easier. Just like the Pixar characters which have preceded them, The Incredibles might have disappeared from the screen, but they grew up with us.

VERDICT: The Incredibles 2 is a stunning piece of film for a new era, but the real triumph is that it feels just like visiting old friends. 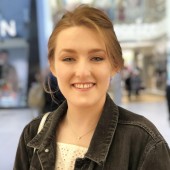 Netflix and the Russo Brothers are Making A Magic: The Gathering Animated Series