Are Superhero Movies Best When Sticking to a Genre?

In recent years, audiences have been spoiled for choice when it comes to comic book movies. With blockbuster dominators like Avengers: Endgame or Aquaman to smaller adaptations like Polar or I Kill Giants, theaters and streaming services are awash with characters leaping from page to screen. However, they’re not all at the quality that they could be – and some are infamously divisive among specific fandoms. But the films that stick out the most and are widely regarded as ‘greats’ (and not just among comic book fans) tend to heavily lean on other genres in the way their stories and characters are brought to life on-screen.

Let’s get the most obvious example out of the way first, with 2008’s blockbuster thriller/crime story… The Dark Knight. While it’s most definitely a comic book movie (Batman rides the Bat-Pod playing the most intense game of chicken with the Joker, let’s not forget), it’s steeped in semi-realism and drama that it no longer feels like the stereotypical superhero movie. Yes, there’s a man leaping from tall buildings dressed as a bat with an array of gadgets at his disposal – but there’s a gargantuan difference between this version of Bruce Wayne and the one we saw in Joel Schumacher’s vision from the 1990’s. Since Christopher Nolan, Jonathan Nolan and David S. Goyer set this in a somewhat ‘real’ version of Gotham the only logical way to adapt the Batman mythos was to make it a pure crime drama. The film heavily deals with corruption in the Police department, stock market manipulation and, obviously, organised crime. While Heath Ledger’s incredible performance as the Joker is widely held as the key to the film’s success, the semi-realism, gritty violence and the practical effects are equally responsible.

Sticking with the DC Universe, we need to talk about Zack Snyder. While Watchmen is divisive among fans, it’s definitely an incredible film from the director – and his work only became more controversial when he started overseeing the DCEU with Man of Steel, Batman v Superman: Dawn of Justice and Justice League. All four are inherently superhero movies, even if Watchmen critiques the genre in its own way, but what about something completely different? Let’s talk about Snyder’s 300 in 2006.

The heavily stylised tale of King Leonidas and his 300 Spartans facing down Xerxes and the Persian Empire is a brutal tapestry of violence and action, with a minor subplot of political intrigue. Based on the series by Frank Miller and Lynn Varley, 300 was filmed in a way that makes it look like the source material – but it’s inherently a swords and sandals adventure. While it isn’t a superhero movie like the majority of comic book adaptations, it sticks to the historical fantasy genre and works brilliantly. Although, 300’s story and period setting do dictate it’s genre, does this count towards the argument? Perhaps not, but it’s worth noting that not all great comic book movies have to involve a cape and tights-wearing superhero.

But there’s an earlier comic book adventure that’s often regarded as one of the best cinematic superhero movies ever made; Spider-Man 2. It deals with the usual spider-themes of power, responsibility, coming of age and balancing priorities, but it’s undoubtedly a superhero movie. However, there’s a particular moment that is ripped straight from the heart of director Sam Raimi’s previous work in horror. Raimi is of course known for his iconic work on the gloriously violent Evil Dead franchise and 2009’s Drag Me to Hell. While Spider-Man films are usually geared towards a family demographic, Sony let Raimi stretch his horror limbs for a brief sequence that cements Doctor Otto Octavius A.K.A. Doctor Octopus as a villain in a truly chilling manner. After the mechanical limbs are grafted onto his body in an experiment that goes horribly wrong, a team of surgeons attempts to remove the monstrous appendages from his spine. Unfortunately for them, they’re already sentient and are willing to do whatever it takes to protect Otto.

What happens next is a brutal slaughter as the arms wreak havoc around the room, dragging innocent nurses off into the darkness as they claw along the floor in a vain attempt to escape. The director steps it up a notch by showing the audience the terror in the surgeons’ faces from the mechanical arms perspectives – because apparently, they’ve got cameras in them. They quickly severely injure and kill everyone in the room before Otto wakes up and realises what he’s become. There was no need to insert a terrifying sequence such as that in a comic book movie, but it works fantastically because within one scene – the audience is extremely aware of who the villain is now. Plus we already understand his motives for continuing down the path that he does, since we also just witnessed the deaths of his wife and colleagues at Oscorp. It’s a masterful few minutes, and it’s a shame that Raimi didn’t embrace his experience with body horror when it came to Venom and the Symbiote in Spider-Man 3.

It’s not the only time that horror has proved to be an excellent tool in comic book movies, just look at the Blade trilogy starring Wesley Snipes. Of course in retrospect, the series is incredibly cheesy and corny at times – but thanks to its bloody content and vampire hunting it was a faithful adaptation of the character. Guillermo Del Toro, who helmed Blade II, obviously went on to direct Hellboy and Hellboy II: The Golden Army – both of which embrace horror elements while still being blockbusters. Whether it’s the horrific nature of the Nazi assassin Karl Kroenen or the flesh-eating fairies, the series pushes the boundaries of what a comic book film should be like. Of course, the real horror comic adaptation here is 30 Days of Night, another vampire thriller – but it was rightfully met with mixed reception from critics. It easily managed to provide the scares and shocking violence, it lacked the substance below the shock value to make it truly great.

While the FoX-Men movies are no more thanks to the Disney merger, we have to at least be grateful that we got one of the most heartfelt and touching comic book films to grace the screen. For those that haven’t seen Logan, the hyperbole is justified. An old, battered Wolverine is one of the last few surviving mutants in 2029 – and he’s tasked with transporting a young girl across the country to a safe zone. Essentially, it gives comic readers a cinematic version of the Old Man Logan storyline in a character-driven Western, this is Wolverine’s one last ride. What follows is a heartbreaking tale of loss, family and the absolution. The narrative gave Hugh Jackman chance to play Wolverine for a final time with everything in his dramatic toolbelt as Logan’s desperation and depression overwhelm him. As Millicent Thomas eloquently puts it in her analysis for A Film Club;

“It is often touched upon in films and TV that immortality is an incredibly lonely life sentence. In Logan, James Mangold examines this idea with an intimate and violent portrayal of self-realisation. Logan learns what he needs to gain closure from his past experiences and find peace within himself.”

Whether it’s the emotional nature of Hugh Jackman’s final outing as the iconic clawed-character, the stunning fight choreography or the fascinating story of a world without the X-Men, Logan proved that a superhero movie could be steeped in the source material and still push in an entirely new direction. Since it embraces the western style, fans are also treated to a truly unchained Wolverine that is ferociously entertaining. While it’s surprising that Fox let James Mangold go as far as he did, it proved to the naysayers that comic book adaptations could be something more than simple popcorn movies.

So while Avengers keep avenging and Dark Knights keep brooding, every so often there’ll always be a small voice in the group that speaks up for individuality against the cinematic universe trope that seems to dominate the heads of most studio executives nowadays. But when superhero movies have become their own genre, it’s clear that when a creator steps away from the norm to embrace a particular style or method of storytelling – they’re often the ones best equipped to bring audiences something they’ve never seen before. Superhero movies can be gripping, fascinating and exciting – but they often transcend to something greater by branching out away from the very pages they’ve sprung from. 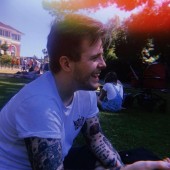 ‘Grandia’ And ‘Grandia II’ Getting The HD Remaster Treatment On Switch