The last time we as a culture tried to adapt Phillip Pullman’s His Dark Materials series of books, it didn’t go… well. For what it’s worth, I have no skin in the game in terms of adaptations of the book; I haven’t read them, and am hardly ever interested in questions of fealty to the source material. That said, on its own terms, HBO and BBC’s collaborative adaptation of His Dark Materials into a big-budget prestige fantasy series (hey, Game of Thrones is over, something’s gotta fill that gap) is already off to a cracking, if exposition-heavy, start.

For those unfamiliar, His Dark Materials takes place in a retrofuturist world parallel to ours, a curious mix of post-WWII London and Victorian steampunk; every human is bonded to a sentient animal called a daemon, who acts as pet, protector and companion. Apart from that, “Lyra’s Jordan” relies on careful watching and a fine understanding of the details to pick up on the nuances of the world in which it’s set.

The Lyra of the title is Lyra Belacqua (Dafne Keen, Logan), a spirited young girl raised as an orphan at Jordan College under the protection of ‘scholastic sanctuary’. Brought there by scientist and explorer Lord Asriel (James McAvoy), who acts as a surrogate father to her (but that largely manifests thus far as a distant, grumpy uncle), Lyra grows up as a puckish, wild-eyed waif, more interested in playing with her friend Roger (Lewin Lloyd) than following the stuffy rules of the college. Asriel, meanwhile, is off exploring the Arctic in search of a mysterious, dimension-hopping substance called Dust, whose existence remains a closely guarded secret thanks to the Magisterium, this world’s religious, authoritarian government.

Where does Lyra fit into all this? Well, as it goes with so many long-form fantasy series before it, there’s a prophecy, and Lyra is at its center. The Master (Clarke Peters), one of Jordan’s premier scholars, knows it, and even goes so far as to attempt to poison Asriel to spare her from her terrible destiny — a scheme thwarted by Lyra herself. “All we can be is scared for her, and scared of her,” the Master admits. To aid her, he gifts Lyra with an alethiometer, a compass-like device that reveals the truth — though Lyra doesn’t quite know what that means yet.

That’s not all on Lyra’s mind, however, as Asriel’s sudden departure from the college is followed closely by the mysterious disappearance of children around Oxford, including Roger and their friend Billy (Tyler Howitt), a member of an itinerant group of vagabonds known as the Gyptians. Not long after, she attracts the attention of Mrs. Coulter (Ruth Wilson), a stylish, mercurial member of the Magisterium who takes Lyra on as her assistant and offers to whisk her off to London. By all accounts, Roger and Billy were taken there by the Gobblers, a mysterious group of child-stealers, so Lyra’s got that much more reason to go.

As with a lot of series of this ilk, “Lyra’s Jordan” has the hard work of setting up a lot of world-building; while some of that is clumsier than others, Jack Thorne’s screenplay does a handsome job of juggling all of these disparate elements while still keeping the story focused on Lyra. Keen has proved herself a capable lead with Logan, and here we get to see what she can do when she gets to do more than glower and shout in Spanish: she’s wide-eyed and spirited in the way a lot of YA protagonists are, but there’s a glimmer of resentment there that provides an interesting wrinkle. She’s a girl desperate for parent figures, and the distance at which both Asriel and Coulter put her is intriguingly frustrating for her. She’s a child, but her innocence isn’t valorized: instead, everyone is waiting to watch her grow, mature, and wrap her mind around the hard truths of the world.

For what it’s worth, the show is off to a gorgeous start. Director Tom Hooper takes a break from readying us for the realistic fur technology of Cats to tamp down his overly-formal instincts (no awkward negative space above character’s heads this time!). Instead, he lets the sly production design and gorgeous costume work build the world for us. There’s a lot of plot here, and some of it will take more time to fully mature (e.g. the occasional cut back to the Gyptians’ plan to rescue their lost children). But as it stands, I’m intrigued to see more. 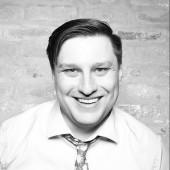 ‘Ragnarok’ Revisited: Why The Third Thor Flick Is A Dud

Telltale Confirms That ‘The Wolf Among Us 2’ Has Been Delayed, Will Release In 2019