The Future of Streaming is Ad-Supported

There are few phrases in the modern entertainment landscape that garner as much vitriol as “ad-supported.” A dirty saying in the age of premium streaming among providers such as Netflix and Amazon Prime, it’s hard to imagine any future of media that sees the concepts of ads and quality intermingling. But that doesn’t change the fact that it is no less so because, like it or not, the future of streaming is going to be ad-supported… and there are reasons to be okay with this.

At the beginning of the last decade, the idea of paying a monthly fee for access to what basically amounted to an amass of library titles seemed unthinkable. Why would anyone do such a thing? And then the concept of “binge-watching” happened and suddenly everyone realized they could get the shows they loved pumped into their eye-balls at a pace never before witnessed. That alone made the monthly surcharge of $7.99/mth worth the investment.

Then, as time went on and these streamers began releasing acclaimed original content, it became clear that not only was the $7.99/mth worth it but that it was a steal. Then, $7.99 became $8.99, then $9.99 and soon that number hit the low teens per month. And that’s when the competition started.

We now live in an age where, between the likes of Netflix, Amazon, Hulu, Disney+, Apple TV+, HBO Now, Shudder and an untold around of add-on channels like Showtime and Starz, the audience is, to quote media writer Marc Bernardin, “being $7.99d to death.” There are simply too many services offering too many good-to-great programming options vying for that same limited monthly dollar, and this reality leads to a serious question of where to go from here.

That’s why the future of streaming is ad-supported.

Loyal streaming audiences were stunned by the idea of YouTube Premium switching to an ad-supported model last year, and even more stunned when NBCU announced their upcoming streaming service, Peacock, would also be a primarily ad-supported system. But, the reality is this is the wisest move either of them could have made.

The key part of the Peacock announcement worth noting is that of the promise of NBCU executives that there would be no more than five minutes of advertising per viewing hour on the service because it’s here where the true problem of modern advertising reveals itself.

In the early days of television, ad breaks were limited in scope. Fifty-minute episodes were met with only ten minutes of ad time per hour. Then, as the medium grew, so did this ratio to the point where, now, it’s entirely possible to end up with only eighteen minutes of actual programming time in a half-hour show. When people claim they despise advertising, this is what they’re referring to. The problem isn’t advertising itself, it’s how out of control the advertising has become.

People mocked the idea of Pluto TV – a linear based, free-to-all, ad-supported streaming platform (which is going to be a feature of the upcoming Peacock). Who on earth would want to watch something there? Twenty million unique viewers per month. That’s who. Twenty million unique viewers per month that just want something to watch without the hassle of needing to subscribe to something and endlessly scroll through a massive library of content to decide what to sit down with for an hour or two. A fundamental concept to the way television works that’s been lost on modern audiences.

The future of streaming is ad-supported because while there will always be “premium” product in the television landscape (once known as “premium cable”), the truth is not all of it can be. And sometimes, the best way forward is by looking back at what once worked and making it work again. If the nature of advertising can be brought under control there is little reason to not believe audiences will flock to a service offering them what they want for the cost of nothing at all. 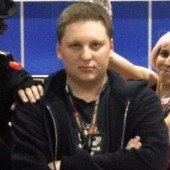