Will The Concept of Celebrity Shift in the 2020s?

What would the world look like without the Kardashians? Although millennials may not recall an existence devoid of Kimojis; seemingly earth-shattering pregnancy-related news; Kylie Cosmetics; babies named Norths, Saints, Penelopes, Dreams and Stormis; and open conversations about the effects of having your father figure come out as transgender on national television—that world did, indeed, exist not too long ago. And it certainly did not look like the one we are living in today.

The Kardashian family members, quintessential celebrities of the 21st century, seem to be completely aware of the power they have amassed throughout the years. Nowhere is their influence more palpably visible than when looking at the concept of celebrity and the shifting nature of reality television since they first landed on our TV screens.

A mere 25 years ago, in the thick of the ’90s, celebrities were emblematic figures whose very celebrity rose from a sense of mystery and our inability, as mere mortals, to fully grasp what their world supposedly looked like. Not knowing who Leonardo DiCaprio was hanging out with while in New York (hell, not even knowing that he was in New York) and our unawareness of Susan Sarandon’s political inclinations contributed to the stars’, well, “starness.” It was a time when we did imagine what Winona Ryder and Brad Pitt might look like in the (bare) flesh, but we never could have thought that something called “hacking” might render those imaginations useless and provide us with real, nude pictures of celebrities—just like us!

Enter the Internet and its most indispensable but perennially overbearing properties and famous people suddenly became accessible. As some tried to move away from that accessibility (hi, Beyoncé), others fully embraced it and used it to their advantage. Completely turning the concept of fame on its head, they proved that, the more you showed us, the more famous you could potentially become. Mystery was no longer the path to adulation. Accessibility became the official currency of fame and Kris Jenner, the mastermind behind the family’s success story, was one of the first characters to understand that shifting world. Exploiting the new status quo incessantly, she has been reaping its benefits for fifteen years and counting.

America didn’t know what was coming for it: A perfect storm of new technological features (Snapchat stories! Instagram photos! Twitter tweets!) and a family willing to bare it all—literally (throwback to that Kim and Ray J sex video that started it all)—became an official announcement to TV networks around the globe. People want realness. Or, at the very least, something draped in a cloak of realness. So, real housewives, pregnant teens and rich kids took over our televisions and our critics’ pieces. Because after seeing Kim perform oral sex, get married and divorced within 72 days, after standing by as Khloe chronicled her marriage to a cocaine addict and Kris divorced her husband of 22 years following his coming out as a woman, what else could we ever expect? Meghan Markle and Prince Harry’s divorce from royalty, Bachelor-related nonsense and nasty celebrity split-ups are all natural consequences of a culture drenched in the brand of fame that the Kardashians have been the centerpiece of for the past almost two decades.

Make no mistake, the importance of it all is not lost on the family. Making their debut on a magazine cover for the first time together on the September 2017 issue of Interview, Kim and daughter North channeled the Kennedys, effectively suggesting to the public that they might very well be considered the First Lady and First Daughter of the United States. Cue the online backlash: How dare she compare her career to the country’s highest political office? She’s got nothing on Jackie.

“Our approach to the show is to film everything and then scale back later,” Kim told Janet Mock, who penned the cover story, while discussing their hit reality show Keeping Up With the Kardashians. “That said, we all have boundaries: I don’t really talk about things that are going on with my husband. If I do, it’s from my point of view. It’s my story.” Which is to say: It might be called reality television, but it’s the part of my reality that I want you to see. But we—the audience, America—close eyes and ears at the suggestion, by Kim herself, that what’s in front of us might not be as real as we pretend it to be. The irony of it all? Our desire for realness is the very thing that propelled the Kardashians to fame, and it is the one thing that we are no longer getting. What does that say about us and the future of our culture?

Although history is a long and winding road propelled forward, backwards and sideways by a myriad different catalysts, it’s hard to separate the effects of the Kardashian family and our understanding of fame from our current political climate. But President Donald Trump’s past as a reality television star has been thoroughly dissected. What happens now? Our culture has morphed into a reality that is obsessed with the most intimate and revealing aspects of public figures’ lives. Not only do we crave any piece of information we can access, but we demand for that information to be shocking and entertaining. Trump tapped into that when running back in 2016 and, since then, our modus operandi hasn’t shifted much—which begs the question: are our 2020 candidates playing into that same public urge for outrageousness? Is it inevitable for them to do that if wanting to win over an America that demands it? What will celebrities look like in the decades to come?

If the natural up-and-downs of financial markets and political worlds are of any indication, we are living in a slice of reality that is, yes, marked by all things scandalous, but that is bound to eventually transform into something in stark opposition to it.

On the other hand, the Internet is here to stay, which means that humans’ access to, well, just about anything, isn’t going anywhere. But will we start craving access to a more conventional reality or one still defined by what the Trumps, Kardashians and Pelosis of the world—folks playing into our desire for drama—deem to be “real?” 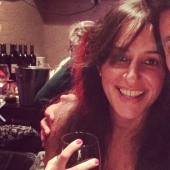 Netflix and the Russo Brothers are Making A Magic: The Gathering Animated Series

Marvel’s ‘WandaVision’ To Premiere On Disney+ Sooner Than Expected

Jeffrey Tambor Is Coming Off Like A Real Asshole