The ‘Tiger King’ Docuseries Has An Unexpected Connection to Michael Jackson

In this new “Safer at Home” reality we’re all living in, thanks to the ongoing Coronavirus pandemic, audiences are turning to streaming plaforms in high numbers. This is great news for Netflix, specifically — and their newest, and possibly greatest, docuseries, Tiger King: Murder, Mayhem and Madness. The seven-episode documentary follows the bonkers story of Joe Exotic and the deeply disturbing world of big cat ownership in the United States.

There are a plethora of story twists and unexpected layers that pop up in the series, but through the murder-for-hire plot, the illegal cub breeding, the seemingly commonplace practice of polygamy, and all that crystal meth use, an odd connection to Michael Jackson has surfaced.

As Vulture reports, the seven alligators and one crocodile that fell victim during the suspected arson fire that transpired on Joe’s property in March of 2015, were acquired by Exotic after Neverland Ranch shut its doors. If you thought this documentary was done revealing its insane secrets to the world, this odd tidbit has come to light.

Did Joe Exotic set his own zoo on fire? The program explores this possibility as the members of his staff recall his sudden trip out of town when the incident happened. The TV studio on the property, where he stored video footage for his would-be reality series, was completely burned down. In the process, any content that would’ve been viewed as incriminating evidence — hours of videos allegedly depicted Exotic committing many acts of animal abuse — was lost. Needless to say, this stuff would’ve benefitted Carole Baskin’s legal action against him.

It’s been five years since the incident occurred and Exotic, whose real name is Joseph Maldonado-Passage, is serving a 22-year prison sentence for murdering five tigers and burying them on his property, falsifying paperwork that saying lemurs he illegally sold were donated, and, oh yeah, attempting to have Baskin murdered for an affordable $3,000 fee. As for Michael Jackson’s deceased reptiles, justice has yet to be found. 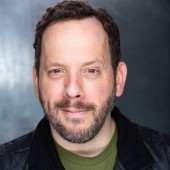 You Know, Maybe It’s Time To Stop With ‘The Crow’ Reboot